Offering fans exciting basketball gameplay, the Miami Heat has risen in the National Basketball Association to widespread acclaim. From the FTX arena in Miami, Florida, the team competes as a part of the Association's Eastern Conference. Pat Riley joined the franchise as the team's head coach and president in the 1990s. Riley engineered the acquisitions of Tim Hardaway and Alonzo Mourning, who helped the team win four division titles.

After the two superstars left the team, the Heat drafted Dwayne Wade in 2003 and later traded for former MVP Shaquille O'Neal, leading the Heat to its first NBA title in 2006. Here's background on the team and a few tips on how to bet on the Miami Heat. 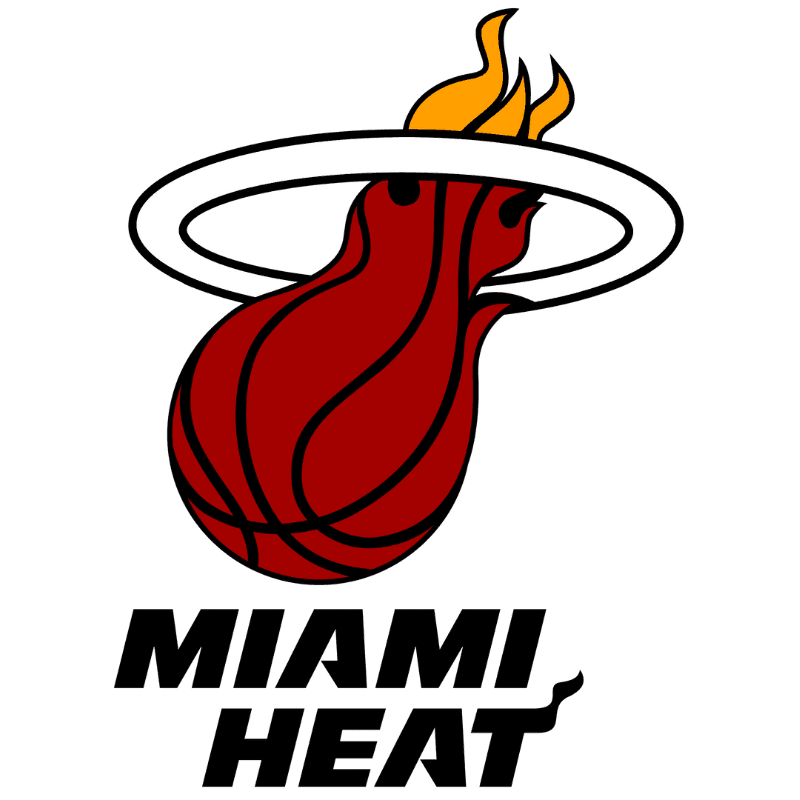 Why is the Miami Heat a Popular Team to Bet on?

Usually, the Miami Heat betting odds are favorable. With a top-notch roster of talented players, the team is always a contender. Attracting wagers from fans who believe the franchise has the grit and skill to take the Championship, the Heat regularly draw favorable odds.

With a tough-to-beat defense, the Miami Heat manages to prevent excessive scoring from talented teams. Working as a synchronized unit, the team exemplifies gameplay at its best. Strategically implementing both the man-to-man and zone defense, the Heat often dominates skilled opponents.

If necessary, the Heat will throw multiple players at an opposing superstar to maintain control. Opponents who finally score must get past the Heat's formidable Bam Adebayo to do so, and that is no easy task.

Working in collaboration, Jimmy Butler and Adebayo aggressively attack the hoop. Butler calls Adebayo "unguardable" when he's got his game face on. At the very least, the center and power forward is highly effective.

The two bring a sense of synergy to the Heat, which sparks high-level play from the entire team. Outscoring opponents with the help of a dynamic supporting bench, the team finishes the pick and roll and drives to the hole with style and flair.

The Heat's shooting game could be better. Closing the season and post-season play with a 32-2 when the team is shooting at least 40% on 3-pointers but 32-34 if shooting worse. It's an indication that the Heat may consider picking up another long-distance shooter at the draft time to complement its strong cast of performers.

Butler is one of the NBA's best wings, capable inside the arc, and one of the best mid-range players in the league. However, he's not a high-volume 3-point player.

Even the top Miami Heat bookmaker online currently offers low odds on the team's ability to win the finals for the 2022-23 season. Fans hope the team has the skills and endurance to overcome experienced and determined opponents. The Miami Heat betting is sparked by fans who believe in the team. Online sports betting websites offer multiple ways to wager.

Even the best online bookmaker lists long odds for the Heat in the 2022-23 season Finals. Still, the Heat and Mavs are in the championship conversation. By choosing the Mavs as the favored team to win the NBA Championship, a sportsbook may offer odds like those shown here:

These sample odds show at least one online bookie currently projects the Heat is less likely to make it to the Finals or win.

The team is looking to ramp up the shooting game. If the Heat does make it to the Finals, it's possible the team's odds will improve, and bettors may see a point spread like this:

The minus sign projects the Heat as the favorite to win the NFL Championship by 2.5 points in this fictional odds scenario.

Over/Under betting and Bookings are similar at a sportsbook online. A gambler wagers an amount that the combined score of the team will be over or under a specific number. For a Heat/Mavs matchup, a sportsbook may set the over/under total combined point score at 205. If the total points are more than 205, the gambler who wagers on over wins. If the total points in the game are under 205, the gambler who wagers on the under wins.

With dynamic playing action on the court, gamblers often choose to wager on the individual performance of star players at an online sportsbook. For example, a fan may bet that Butler scores more than 30 points in the Final and has 12 assists. Highsmith may even see some gambling action as his star power rises.

Best Bookmakers to Bet on the Miami Heat

Unibet is a globally recognized sportsbook offering gamblers odds on NBA basketball. Bettors enjoy various wagering opportunities, such as over/under, moneyline, and props. The bookie attracts Miami Heat fans who bet on whether the Heat may rise to dominance during the 2022-23 season. William Hill is another popular sportsbook.

In-play basketball wagering is a thrilling experience, which allows a fan to place bets in real time and instantly see if he has won. For props and point spreads, live betting enhances the game experience. Fans may enjoy predicting outcomes while watching fast-paced basketball gameplay action.

Top Players of the Miami Heat

As a dynamic team, the Miami Heat betting online is sparked by several talented players. The team's historical winning record attracts gamblers who see the talented roster as capable of repeating the past NBA Championship glory.

Butler joined the All-NBA Team four times, the All-Defensive team five times, and the NBA All-Star games six times. Recognized for his prolific ability, the star is also known as "Jimmy Buckets." Drafted in 2011 as the 30th pick by the Chicago Bulls in the first round, Butler has capitalized on his talent by becoming a dominant force in the league.

In a 2017 trade, Butler landed with the Minnesota Timberwolves. By 2018, the Philadelphia 76ers traded for him. It was in 2019 that the superstar found a home with the Heat and led the team to the NBA Finals.

At 6ft 9 in., Adebayo leverages his 255-pound muscular frame to shut down opposition on the court. Chosen by the Heat in the 2017 draft as 14th overall, he's reached NBA All-Star status and participated in the All-Defensive Second Team in 2019-20. In 2020, Adebayo accepted a 5-year extension deal.

Top Statistics of the Miami Heat

As a dominant force in the National Basketball Association, the Miami Heat continues to enjoy a successful run since its inception in 1988. Spearheaded by veteran basketball executive Pat Riley for 24 years, the franchise has its sights on winning another NBA Championship.

Dominating the Eastern Conference, the team goes into the 2022-23 season with veteran players and some new blood.

One player to watch is Haywood Highsmith, a 25-year-old which the team acquired from the 76ers. With minimal games played for the 76ers, the unproven Highsmith joined the Heat as a COVID replacement. However, he's shown enough grit and skill for the team to consider him for a starting position.

Coming off the bench, the high-energy player has proven effective in scoring and assists. With the departure of PJ Tucker, it remains to be seen if the team gives the talented shooting guard and forward more time on the court or a permanent position in the starting lineup during the regular season.

The History of the Miami Heat

Since 1988, the Heat have won the Eastern Conference title six times and the championship 3 times, including in 2006, 2012, and 2013. It was a long road to the first NBA Finals win, which came about 18 years from the team's initial season.

After Micky Arison, chairman of Carnival Cruise Lines, purchased the franchise, he immediately contracted Pat Riley as the team's head coach and president. The Heat experienced an exciting and successful 1996-97 season with a 61-21 record.

Dominating on the road by handily beating opponents in an astounding 32-9 win-loss record that year, the Heat set the stage for developing a special franchise. Not making the playoffs for 2002, the team then scored talented DeWayne Wade, who propelled the team to successful seasons, winning the NBA Championship in 2006.

The Heat has seen its share of superstar players, including Shaquille O'Neil, LaBron James, Tim Hardaway, Alonzo Mourning, and Jimmy Butler. With solid defense and offense, skillful gameplay from iconic players has catapulted the franchise into the record books and transformed a once mediocre expansion team into one of the best teams to grace the court in NBA history.